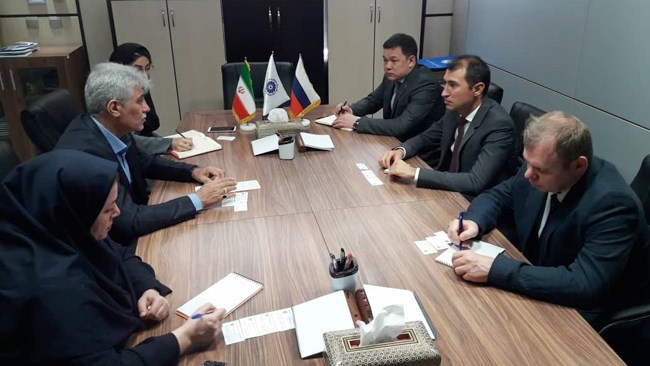 Iran Chamber of Commerce has called on Russia to facilitate entry of Iranian goods to the country, proposing that each country allocate quotas in their chain stores for Iranian and Russian goods.

Mohammad Reza Karbasi, head of the International Department of Iran Chamber of Commerce, Industries, Mines and Agriculture (ICCIMA) made the proposal in a meeting with Rustam Haiderovich Zhiganshin, trade representative at the Russian Embassy in Iran.

Karbasi proposed the idea in a bid to uplift bilateral trade volume of $5bn before the US withdrew from the 2015 international treaty on Iran nuclear program, also known as Joint Comprehensive Plan of Action (JCPOA).

Deputy for International Affairs at the ICCIMA also called for trade connection between Iranian and Russian provinces as well as establishment of joint chambers of commerce between the Eurasian Economic Union member states.

Karbasi also asked the Russian trade official to consider building of a logistical centre in the Astrakhan Port for Iranian goods and commodities.